De Blauwe Bonbon turns an underrated spot in Rotterdam’s Oude Westen neighborhood into a place for casual encounters and intimate evenings. Located inside and around the first floor of architect Pieter Weeda’s striking blue residential building, we based the concept for De Blauwe Bonbon on the role that the capilé – a kiosk typical for Lisbon – has played in the urban landscape of the Portuguese capital since the 19th century.¹ 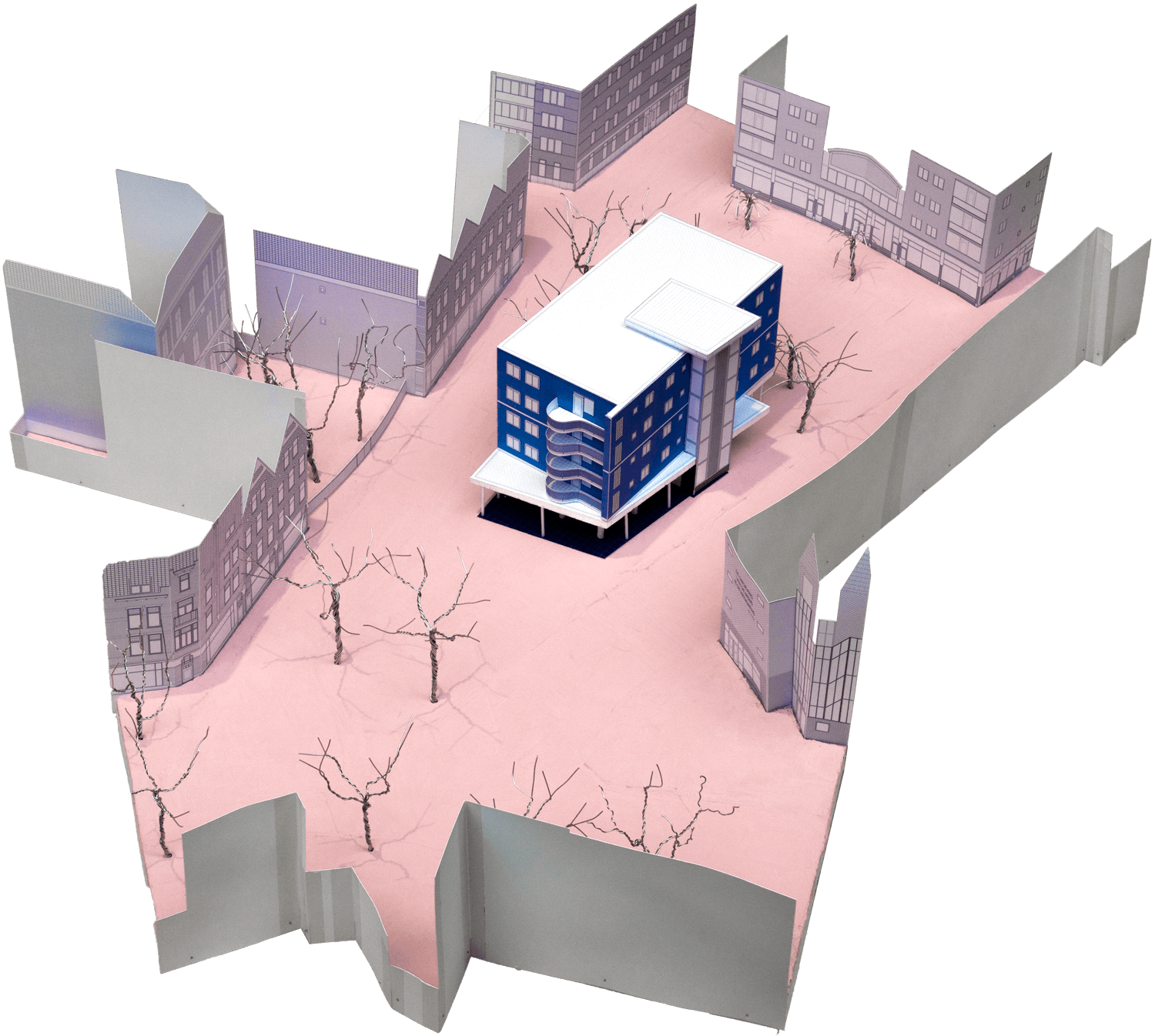 Around that time, the capilés were spread around city squares, crossroads, and pedestrian streets to enrich these sometimes neglected areas with social and commercial functions. At the capilés, people stop on their way to quench their thirst, talk about their day or buy lottery tickets, tobacco, newspapers, and other everyday items.

Pieter Weeda’s 1990s building block shares some similarities with these Lisboner kiosks. It is located in the middle of a square in a very diverse and colorful neighborhood, and like the capilés, its striking shape, bright colors, and continuous eaves make it stand out from its surroundings. In Weeda’s original design, the block works like an elevated urban villa, with the first floor being a transparent space between its ‘legs’, housing a cafe and shop. However, due to changes and additions over time, this idea no longer matches reality. The original bright windows are replaced by dark-tinted ones, and recently internal division walls have been added. The building is positioned in the middle of a square, dividing it into a front square adjacent to the Nieuwe Binnenweg and a rear square, the Rijnhoutplein. Despite its central position, it is not an omnidirectional design: the architect chose to let the block face the Nieuwe Binnenweg and make the rear facade much soberer in appearance. In the redevelopment of De Blauwe Bonbon, we seized the opportunity to open the building up at its street level, activating the Rijnhoutplein and fitting it to its central position.

We combined De Blauwe Bonbon’s urban context and the present architectural qualities with the social functions of the capilé. To make it work programmatically, we needed to maintain a low social threshold. Game nights, karaoke, and neighborhood meetings prove to be great additions to traditional hospitality concepts by including the diverse community throughout the week. By making optimal use of the pavilion-like character, we turned the eaves into a striking signal. “Come in! You don’t want to miss this.” 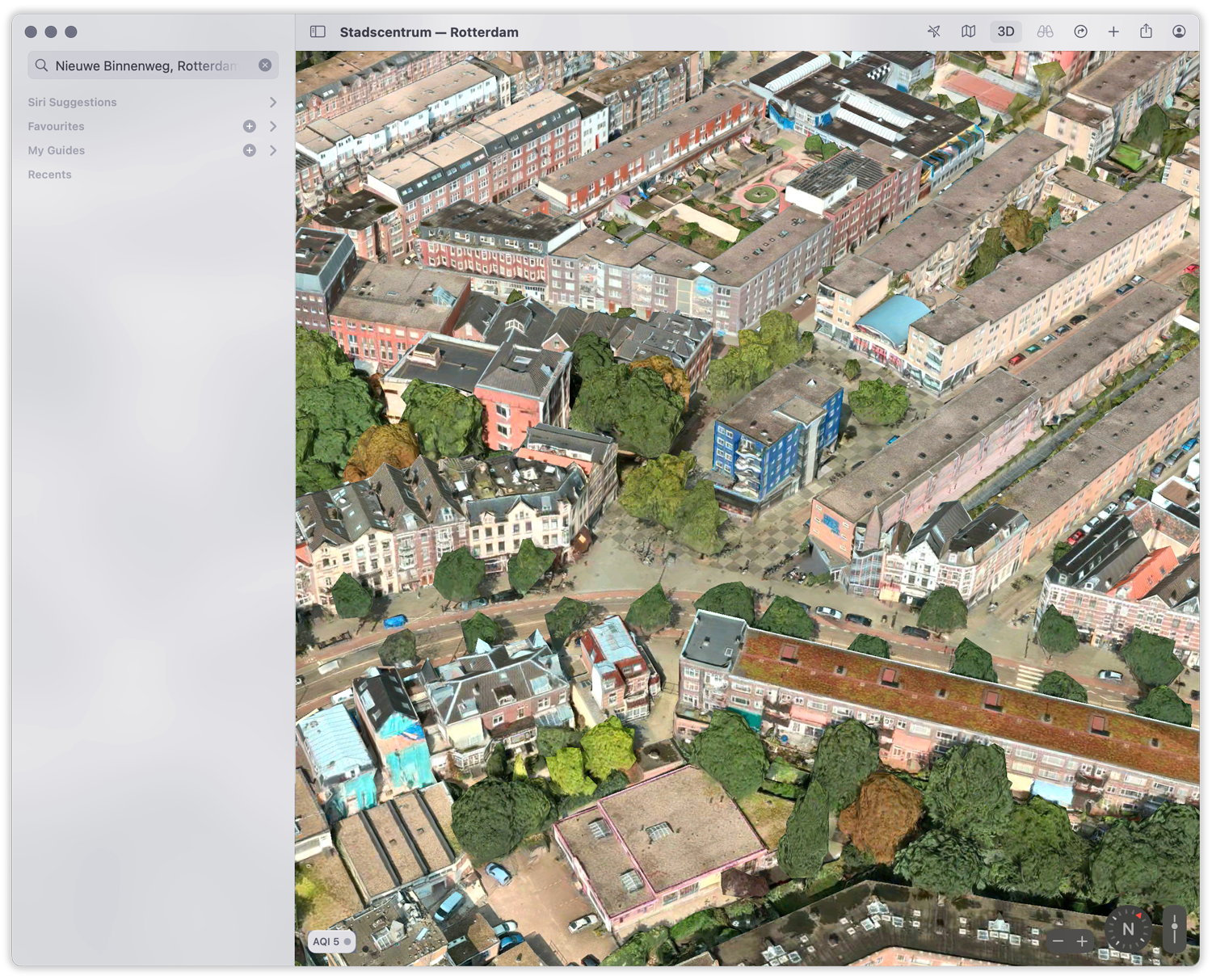 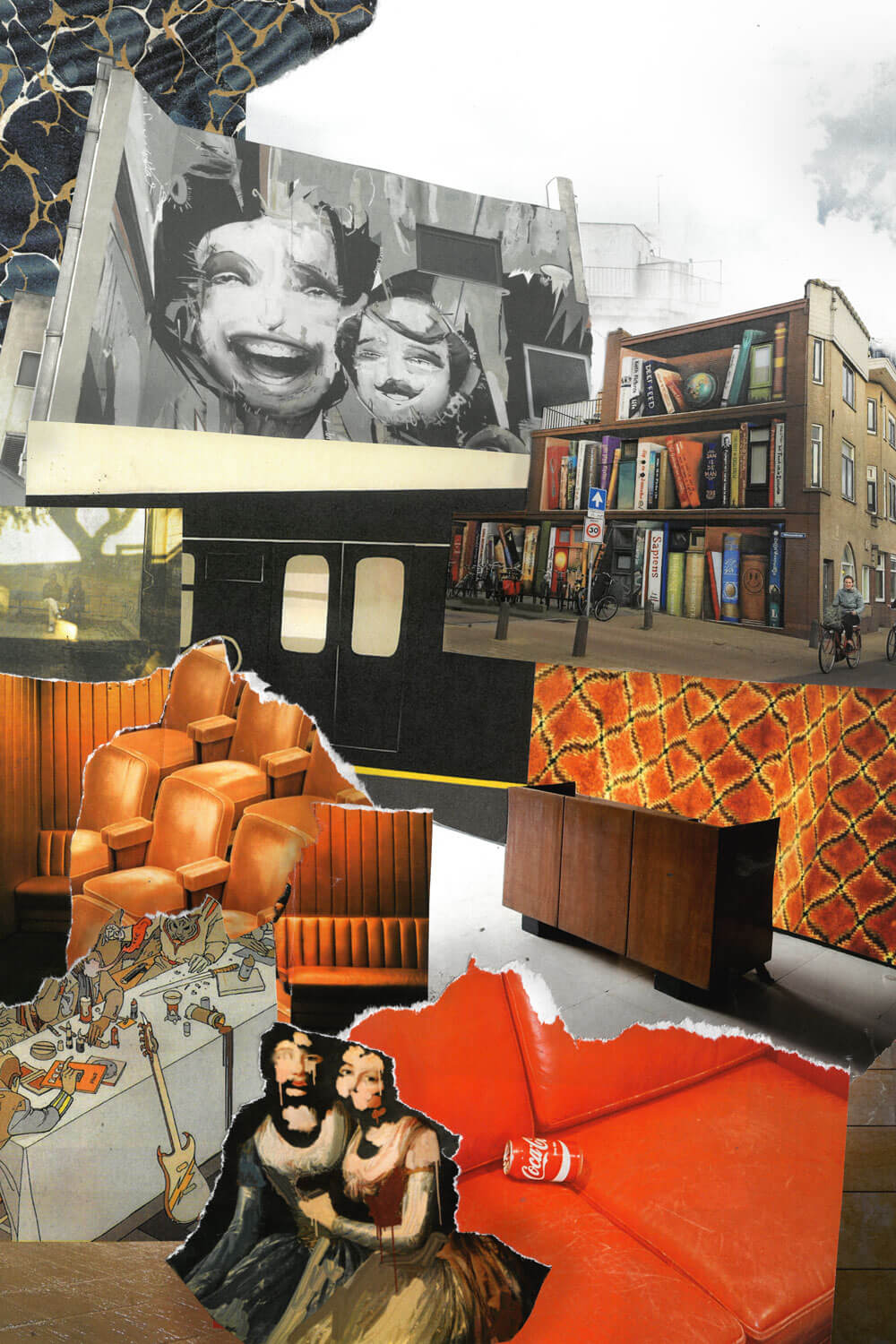 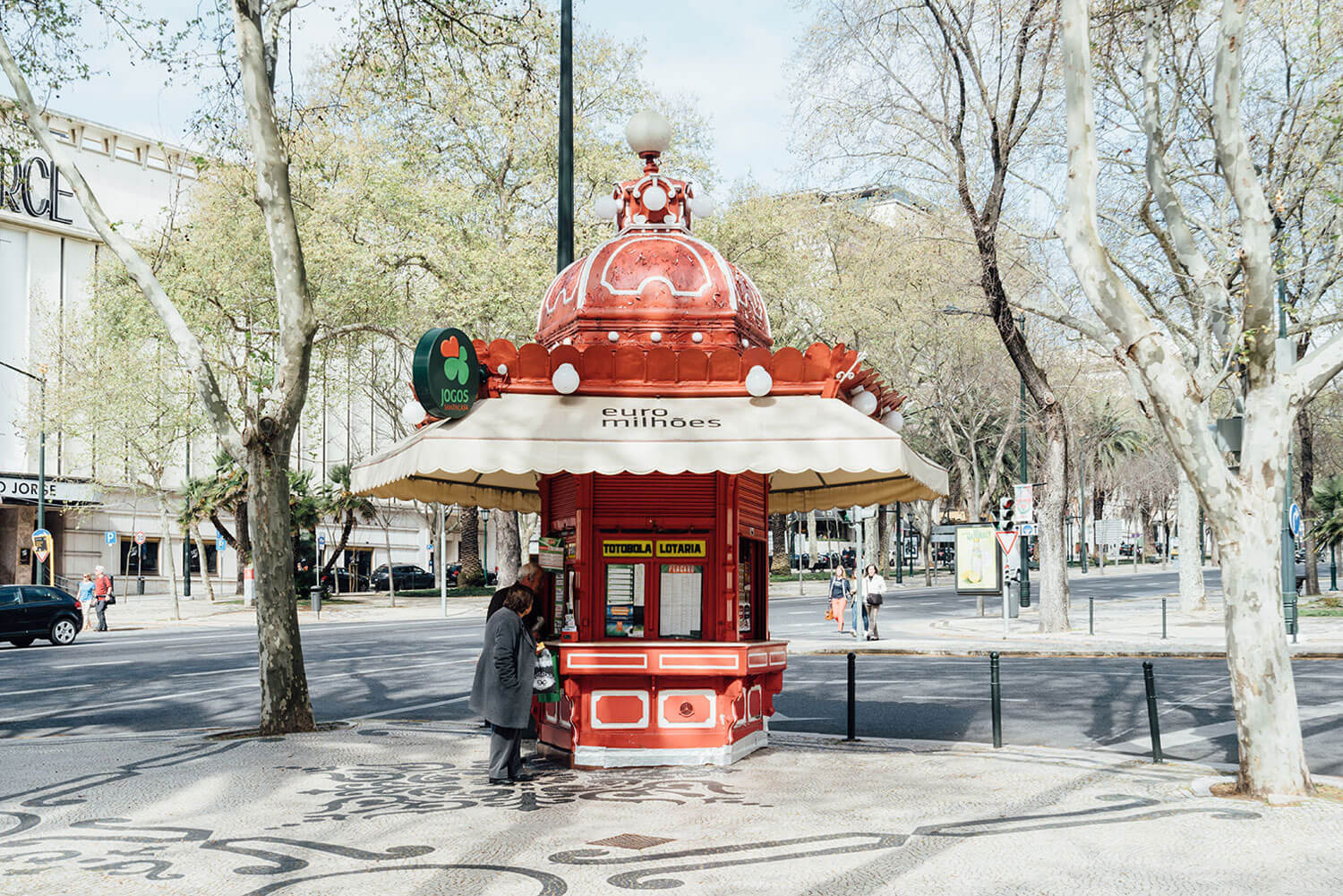 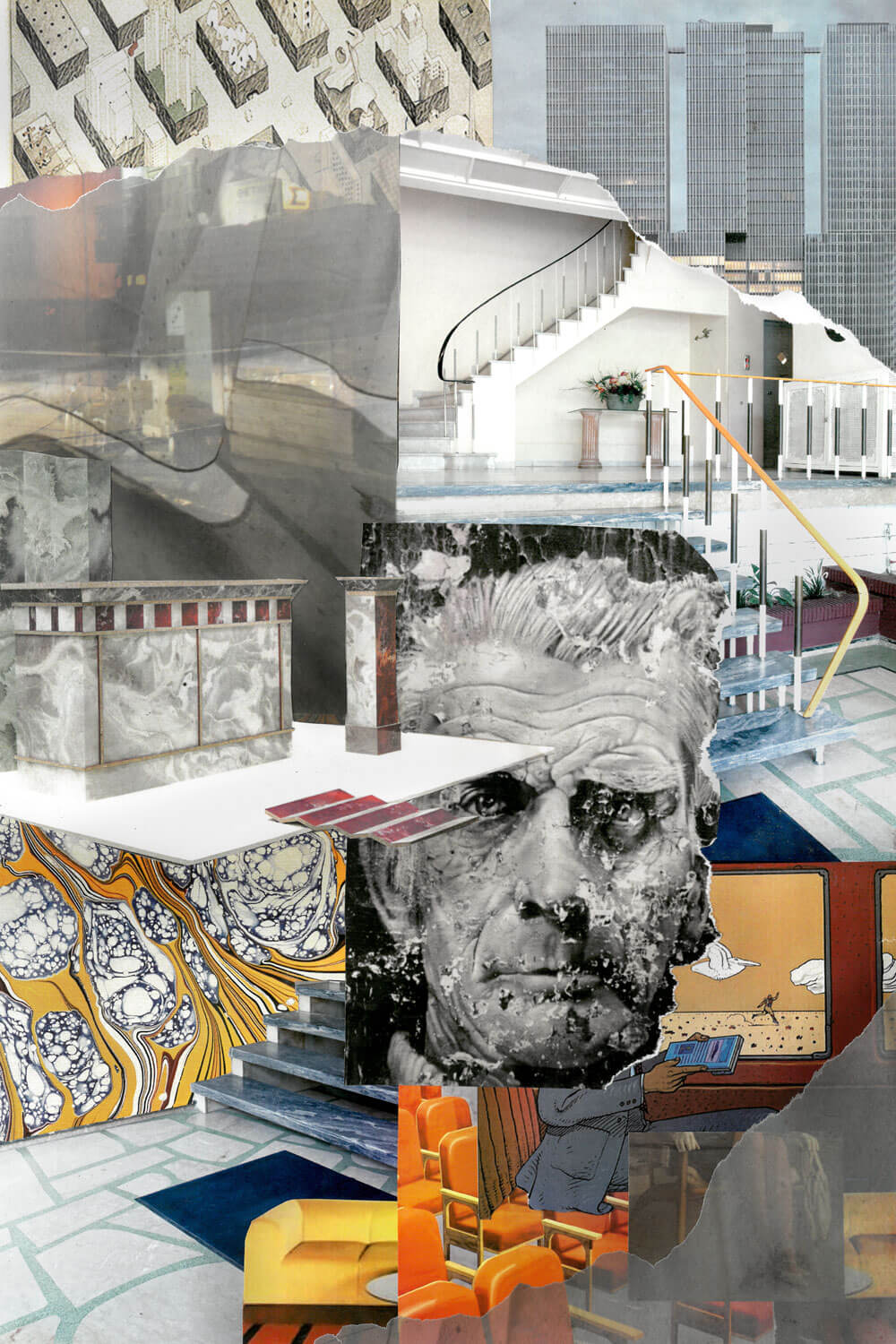 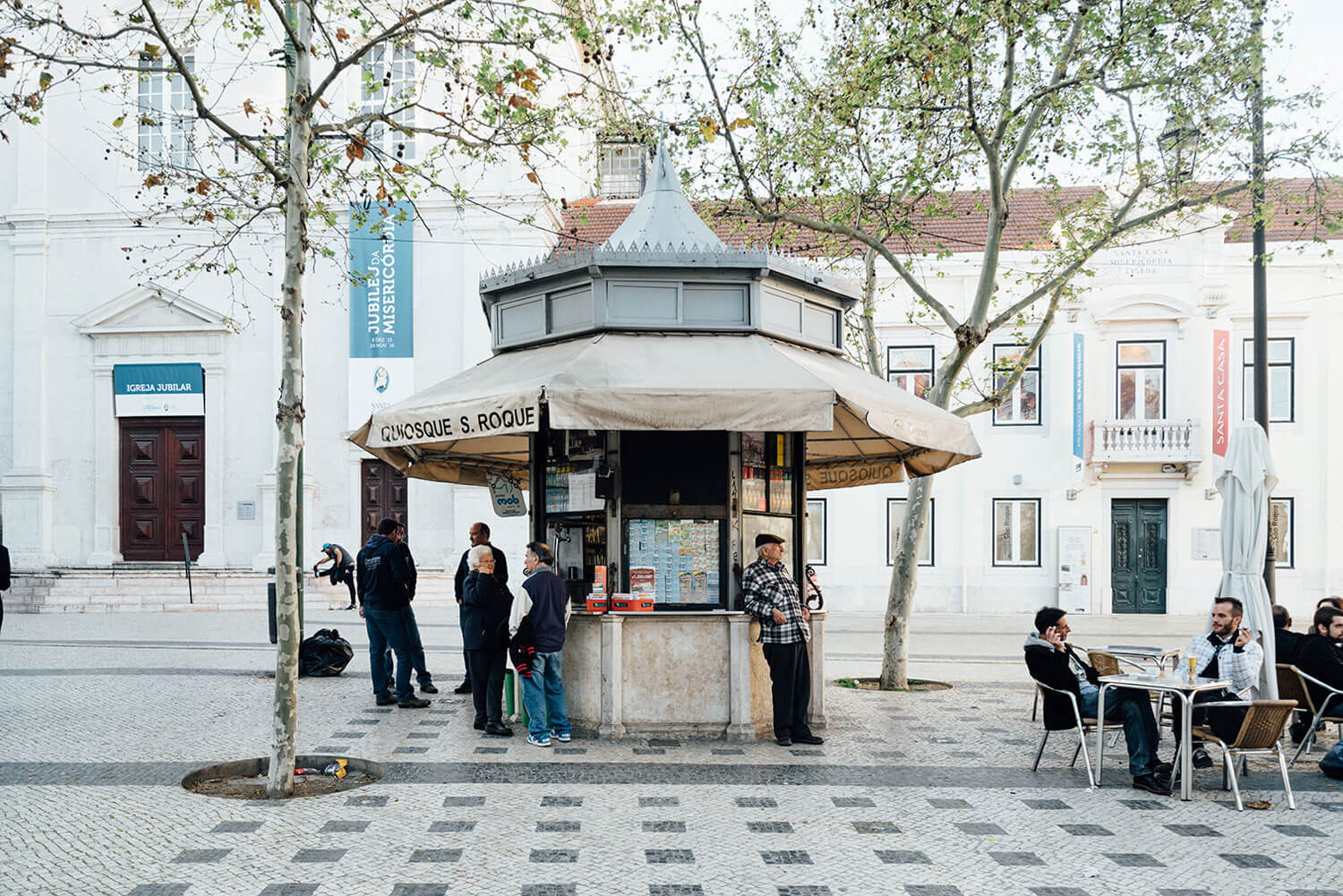 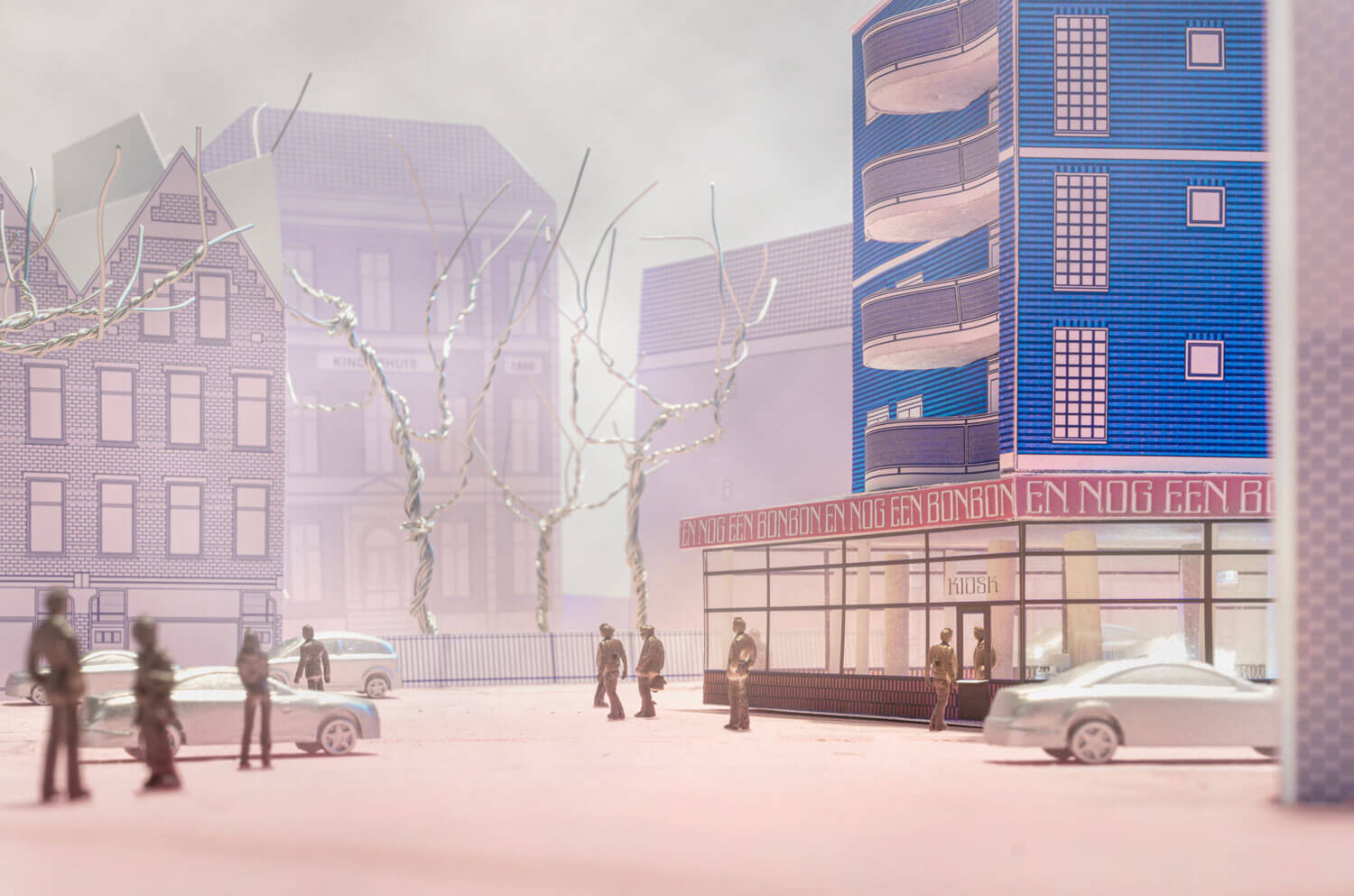 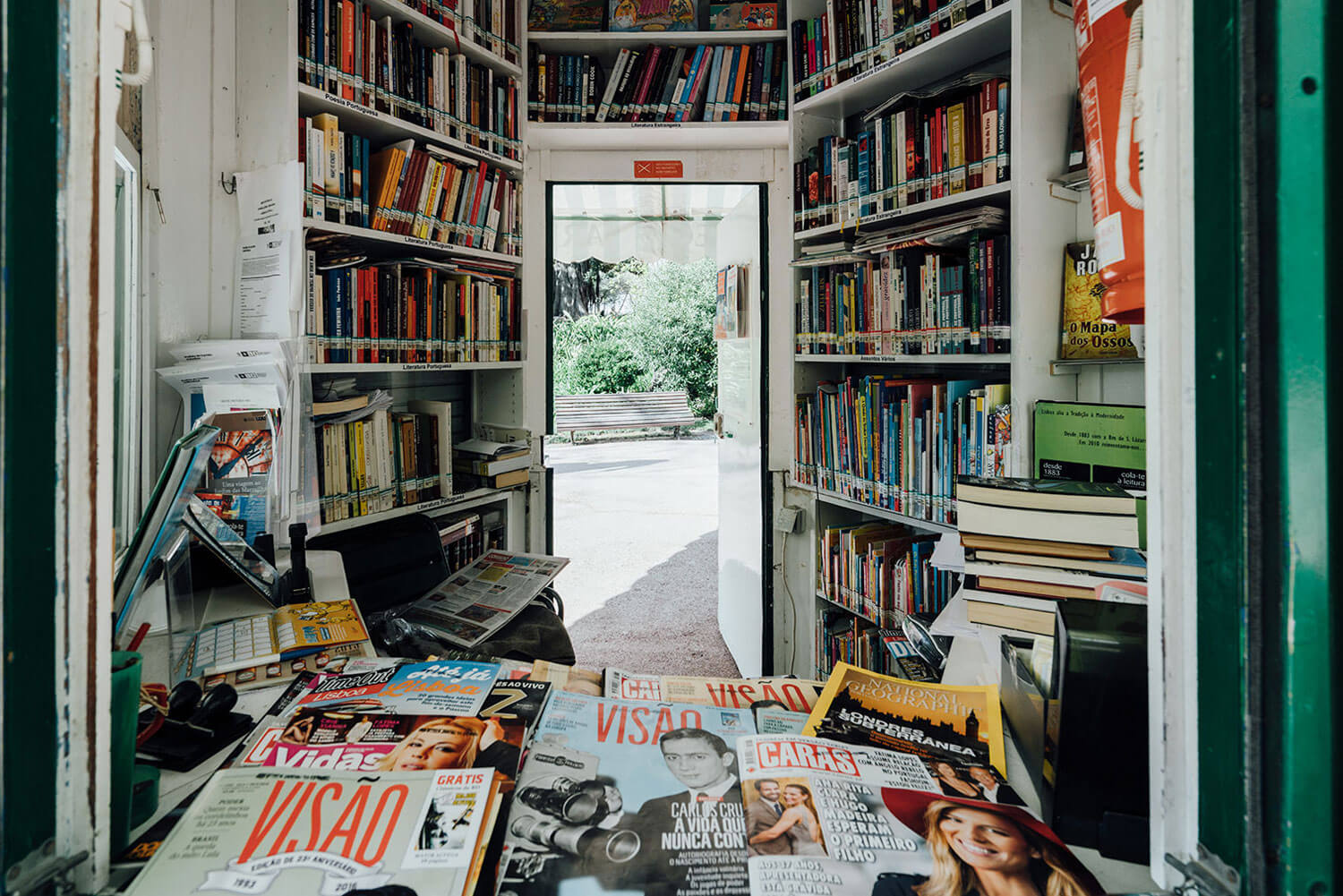